We at StAR have all lived this experience in person studying in American colleges and setting ourselves apart both academically and athletically. We can exploit our knowledge of the American university system to support, guide and help you in every aspect of your journey. 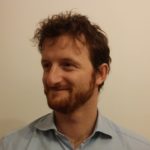 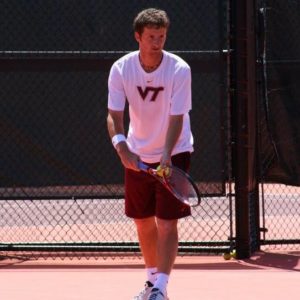 Corrado was born in Reggio Emilia in 1988 and became passionate about tennis from a very young age, thing that helped him become one of the best Italian Under 16 players and number 11 in Europe. When he was 17 years old  he moved to Caldaro (BZ) to train with players like Andreas Seppi and reached the Italian ranking of 2.4. Two years later he decided to attend university and, after getting a Scientific High School Diploma, he started a Mathematics major at the University of Modena and Reggio Emilia, where he stayed one year before starting his new academic career in the United States.

Corrado leaved in 2008 to Virginia Tech, one of the best public universities in the United States, thanks to the help of a friend living in the United States and became part of the varsity tennis team. In the meantime he also got an Aerospace Engineering major and a Mathematics minor, with a GPA of 3.7/4.0. The Virginia Tech team is constantly in the top 30 of NCAA Division 1 and qualifies every year to the NCAA tournament in May. Corrado was part of the singles and doubles lineup and ended his career with a very good record.

After his Bachelor of Science Corrado was admitted to the Master of Science in Aerospace Engineering with a specialization in Structures, and he graduated one and a half years later (one semester early) with good grades. He also worked as a teaching assistant in the university and gave private tennis lessons at the nearest tennis club. In this time framework he started StAR – Student Athletes Recruitment, with the goal of helping young students take on the same path he followed but with a guide and a greater choice of universities to choose from. During the following years StAR developed to the point of becoming a leader in the field and started collaborations with multiple international recruiting agencies. 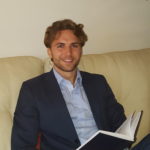 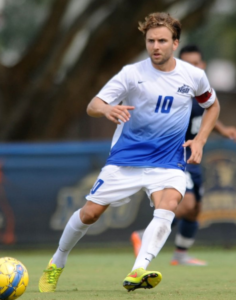 Stefano was born in Semptember of 1990 in Cremona, city that raised him academically and in soccer. After almost 10 years in the Cremonese professional academy, he signed his first professional contract with the club of his own city. After a year loan in Bellaria, he decided to start his college studies in Psychology. Two years later, when he was about to sign his second contract renewal he felt disappointed by the little chances to reach the next level of his soccer career, he discovered the possibility to study and play soccer at the sime time for an American University thanks to a friend.

In August of 2012 Stefano started the adventure in Miami at the prestigious Nova Southeastern University where he completed his Bachelor Degree in Psychology and eventually got accepted in the Master’s program in Marriage and Family Therapy, considered to be the second best program in the United States. Meanwhile, he played for the varsity team for his 4 years of attendance, achieving the semi-final of the Sunshine State Conference in 2013, the personal All-Region award thanks to the number of assists and goals as a midfielder, and eventually becoming the captain of the team.

Currently, Stefano lives and works in Fort Lauderdale. Thankful for the way that the student-athlete experience changed his life, he chose to be part of StAR in order to give back with professionality to those young athletes who, like him a few years ago, are in a fundamental moment of their academic and athletic career, by offering an option still unknown to most people. 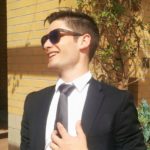 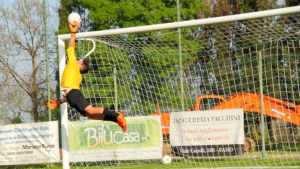 Giovanni was born in 1993 in Fano, Italy, where he played throughout the whole professional academy of Juventus Fano, before redirecting his soccer career towards minor leagues in order to focus on his studies. Right after his graduation from high school in 2012 he was admitted to the Law School of Bologna, one of the oldest universities in the world, where he is about to finish the 5th and last year.

In september 2013 Giovanni studied at ELC in Westwood Los Angeles, and in December of the same year he was selected to study one year in one of the UC Campuses, after winning the prestigious Overseas Program, as the only law student selected from Italy.

From September 2014 to June 2015 Giovanni attended University of California Irvine, his first choice, taking classes from both the Departments of Criminology (Law and Society) one of the best in Country, and International Studies, and finishing his studies with a GPA of 3.75/4.

Even though he could have joined the UCI men’s soccer team, Giovanni prefered to stay focused on his academic goals by working as legal-intern for the X-Law Group, an important law firm in Downtown Los Angeles.

On July 2015, he was hired by his former Professor of Global Negotiations, William Hernandez Requejo, in the international development of FlexFireLEDs, one of the top 500 fast-growing company in U.S. Thanks to this job he had the opportunity to live for a while in Medellin Colombia, where he learnt spanish. 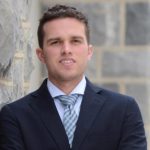 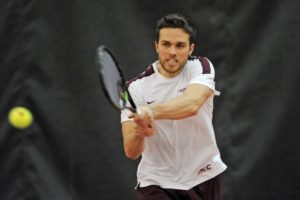 Amerigo was born in Parma, Italy in 1993 and from a very young age he played multiple sports. When he was 12 he decided to dedicate his effort to his favorite sport, tennis. He was in the top 5 players in Italy of his age group and he was a National Champion as a U16. At 17 he transfered to Valencia, Spain to attend the prestigious academy TenisVal where, among others, David Ferrer, Sara Errani and Marat Safin were training. In the following years he distinguished himself as one of the top players in Europe winning the International Tournament of Salsomaggiore.

Amerigo, after graduating high school, decided to continue his studies along continuing to play his sport would be the best choice for his professional and athletic career. He decided to leave for the United States of America in 2012 where he attended Virginia Tech University and earned a degree in Industrial and Systems Engineering. During his athletic career at Virginia Tech, he broke all the school records winning the prestigious award Atlantic Coast Conference Freshman of the Year in 2012 and Most Valuable Player (MVP) in 2012 and 2013. In 2013 he was able to position himself in the top 10 players of the NCAA ranking. He helped the Virginia Tech team to position in the top 15 positions of the NCAA ranking.

Amerigo, in 2016, accepted an offer from the multinational firm Ernst & Young where he works in the Performance Improvement Services practices of the Washington DC office. He works on Big Data Analytics for the financial sector side to side with the biggest financial institutions of the United States of America.

He has been, since the beginning of StAR, very close to the management and the strategic decisions of the agency. In 2017 he has been attributed the role of Chief Marketing Officer where he will take StAR to a whole another level of engagement within the online social platforms. 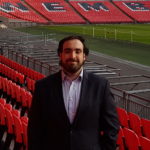 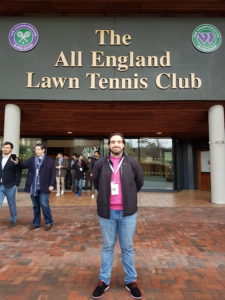 Marcos was born at Barcelona in 1990, when he was barely 2 years old he fled to Miami, Florida with his family; there he practiced a large variety of sports like basketball, baseball, soccer and hockey, where he made the Miami YMCA first team. When he was 9 years old he turned back to Barcelona and developed his sports career in tennis and ski, because hockey was so small nobody really practiced the sport in Spain. He played tennis for Turo Tennis Club Barcelona and skied for Club Masella Team until he was 15 and a number of health problems and his moving to Madrid made it impossible to continue his career in sports.

In 2009 he started Law School and Marketing at the Complutense University of Madrid and during those years he lived a couple of humanitarian experiences in Central America (Honduras, Guatemala, Nicaragua, El Salvador, Belize, Costa Rica and Mexico. In 2010 he was selected for a 3 months stay at the University of Illinois Urbana-Champaign where he specialized in International affairs and English language. 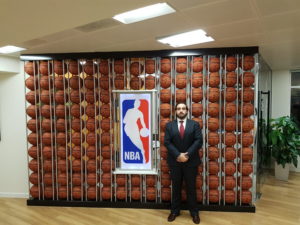 In 2014, after finishing his studies, he became a lawyer before deciding to specialize in Sports applying to different Master Programs in the US and finally taking the Master in Sports Management at the University of California Riverside where he finished with a 3.65 GPA. In March 2015 he started working for the Orange County Blues FC, USL team, second tier in American soccer. In October 2015 he was recruited by Formula E to manage the Long Beach Grand Prix US, the event was a total success and in September 2016 he returned to Madrid after being selected for the MBA Alfredo Di Stefano in Sports Management for the Real Madrid Business School.

At the moment he is finishing the MBA program and at the same time working at a Media & Business Consulting Agency as well as collaborating with several sport digital media. He speaks perfectly Spanish, English and Catalan and he is perfecting his French and Portuguese. 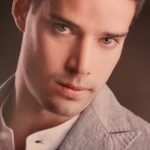 José Javier was born in 1992 in Madrid, Spain. He discovered his interest in sports at the early age of six years old when he started to play soccer for Club Atlético Casarrubuelos, and two years later was part of the young categories of Club Atlético Metropolitano, an academy of the well known team Atlético de Madrid, until the age of fifteen. After this period, he has competed with his high school team in Athletics Federation of Madrid (FAM) tournaments, especially in 800m and Cross-country receiving offers from professional clubs, such Club de Atletismo Lynze. In order to focus in his academic career, he rejected the offer.

José Javier started in 2011 a double degree in Mechanical Engineering and Business Management at Universidad Europea de Madrid. In September 2014 he studied Business during one-year period in University of California Irvine (UCI), where he got the opportunity to build not only an international network, but also good friends from several countries. In 2016 he got accepted in London School of Economics (LSE), one of the best Management University in the world.