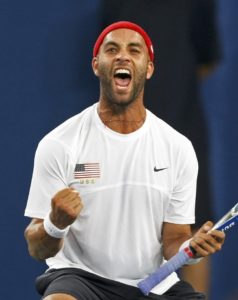 The characters may change, but the story remains the same: a promising young
tennis player picks up a racket and falls in love with the game. The family makes
sacrifices, driving to junior tournaments across the country, tracking rankings
and tournament wins. Eventually, they head for warmer climates, a tennis
academy, and the chance to play the sport year-round to develop their game.
When tennis is all you think about, it’s easy to encourage dreams about playing
with the pros, taking the court with stars. And so at a young age, these young
adults forgo college and make the choice to turn pro. But the reality is that those
same young players rarely make an impact at pro tournaments.
There is increasing pressure on young athletes to seek out competition on a
professional level, whether they are ready to or not. And many junior players
think that their only road to the big leagues is a direct one, deciding to go pro
directly out of high school. But there are again an increasing number of
professional tennis players who are making a stop along the way: college. And
college tennis has helped some of today’s brightest young stars bring their game
up to the next level, where they are finding success they would otherwise have
not attained.
The most recognizable and most successful former college player in the pros is
none other than James Blake. Blake attended Harvard before making his pro
debut. He became Harvard’s first-ever freshman All-American, and was the ITA
National Player of the Year his sophomore year. Since then, Blake has slowly
been working his way up the rankings, reaching as high as No. 4 ATP. He as well
has a best-selling book about his life and tennis career, and was named the 2005
ATP Comeback Player of the Year. Blake credits Harvard for helping him to
establish a solid foundation before heading into the pros.
“If I had to do it again, I would definitely attend Harvard all over,” Blake said. “I
learned so much in the classroom and outside of it; that the experience will
always be invaluable to me. I also felt like I grew as a person so much in those
years that it prepared me for an independent lifestyle. I would not trade those
years for anything, even more success on tour.”